Home / Articles / Indigenous peoples / What do you know about “Acholi” People?

What do you know about “Acholi” People? 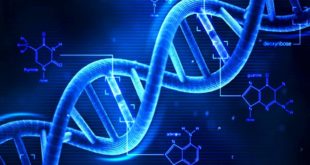 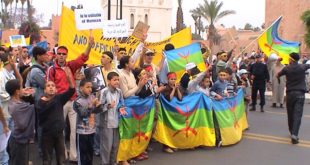 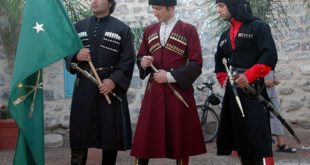 Acholi (also Acoli) is a Luo Nilotic ethnic group from the eastern Part of South Sudan Magwi County and Northern Uganda (an area commonly referred to as Acoliland), including the districts of Agago, Amuru, Gulu, Kitgum, Nwoya, Lamwo, and Pader. Approximately 1.17 million Acoli were counted in the Uganda census of 2002, and 45,000 more were living in South Sudan in 2000.

Language
The Acholi dialect is a Western Nilotic language, classified as Luo (or Lwo). It is mutually intelligible with Lango, Alur and other Luo languages. The Luo language and dialect is spoken by the Luo groups who are currently settled in various locations including western Kenya, Eastern Uganda, Acholiland, West Nile in Uganda, and South Sudan.
The Song of Lawino, one of the most successful African literary works, was written by Okot p’Bitek in Acholi, and later translated to English.

Location
Acoliland or “Acoli-land” (also known as the Acoli sub-region) is a necessarily inexact ethnolinguistic taxonomy that refers to the region traditionally inhabited by the Acoli. In the administrative structure of Uganda, Acoli is composed of the districts of:
Agago
Amuru
Gulu
Kitgum
Lamwo
Nwoya
Pader
Under the decentralisation policy of the government, creation of another district, Omoro, is in the offing. It encompasses about 28,500 km2 (11,000 square miles) near the Uganda-Sudan border.
Its current population is estimated to be around 600,000 individuals, or four per cent of the total national population.[4] While Acoli also live north of the South Sudanese border, the Sudanese Acoli are often excluded from the political meaning of the term “Acoliland”.
The word ‘Acoli’ is a misnomer that became adopted for convenience over the years. It refers to people known locally as Luo Gang. That is why the Lango neighbours refer to the Acoli as Ugangi, meaning people of the home.

History
The Acoli migrated south to northern Uganda from the area now known as Bahr el Ghazal in South Sudan by about 1,000 AD. Starting in the late seventeenth century, a new sociopolitical order developed among the Luo of northern Uganda, mainly characterized by the formation of chiefdoms headed by Rwodi (sg. Rwot, ‘ruler’). The chiefs traditionally came from one clan, and each chiefdom had several villages made up of different patrilineal clans. By the mid-nineteenth century, about 60 small chiefdoms existed in eastern Acoliland.[5] During the second half of the nineteenth century, Arabic-speaking traders from the north started to call them Shooli, a term which was transformed into ‘Acoli’.[6]

Their traditional communities were organised hamlets, where their dwellings were circular huts with a high peak, furnished with a mud sleeping-platform, jars of grain and a sunk fireplace. The women daubed the walls with mud, decorating them with geometrical or conventional designs in red, white or grey. The men were skilled hunters, using nets and spears. They also kept goats, sheep and cattle. The women were also accomplished agriculturists, growing and processing a variety of food crops, including millet, simsim, groundnuts, peas, sorghum, vegetables, etc. In war, the men used spears and long, narrow shields of giraffe or ox hide.

During Uganda’s colonial period, the British encouraged political and economic development in the south of the country, in particular among the Baganda. In contrast, the Acoli and other northern ethnic groups supplied much of the national manual labor and came to comprise a majority of the military, creating what some have called a “military ethnocracy”. Due to a changing economy, after the 1950s, fewer Acoli were recruited to the armed forces, but continued to be associated with them in popular mythology and stereotypes.[7] In the 2000s, James Ojent Latigo is among the authors who have described some of Uganda’s social problems as based on the way the political elites have used ethnicities to divide the country. He has noted that the emphasis on distinction among ethnic groups has even been part of the internal government dialogue.” He wrote, “Part of the structural causes of the conflict in Uganda has been explained as rooted in the ‘diversity of ethnic groups which were at different levels of socio-economic development and political organisation.’ (Ugandan Parliamentary Committee on Defence and Internal Affairs 1997.)[7]

He has written further,
“Since independence in 1962, Uganda has been plagued by ethnically driven, politically manipulated violence referred to by some as a history of ‘cycles of revenge and mistrust’. Deep-rooted divisions and polarization remain between different ethnic groups, and these have been greatly exacerbated by the way in which the country’s leadership has developed since independence.”[7] Milton Obote, the first leader after independence, relied on Acoli and Langi Luo people in government. Idi Amin was also from north Uganda, but was of the Kakwa people. He overthrew Obote’s government and established a dictatorship, ultimately suppressing and killing 300,000 persons, including many Acoli.[8] General Tito Okello was an Acoli, and came to power in a military coup. He was defeated in January 1986. Despite the years of leadership by men from the North, that region continued to be marginalized economically after independence, and has suffered higher rates of poverty than other areas of the country.[9] After defeating Okello and his Acoli-dominated Uganda National Liberation Army, now-President Yoweri Museveni and his National Resistance Army conducted revenge killings in the north. Museveni has held absolute power since, surviving unrest, civil war, and numerous attempts at coups.[8] The Acoli are known to the outside world mainly because of the long insurgency of the Lord’s Resistance Army (LRA) led by Joseph Kony, an Acoli from Gulu. The activities of the LRA have been devastating within Acholiland (though they spread also to neighbouring districts and countries). In September 1996, the Ugandan government moved hundreds of thousands of Acoli from the Gulu district into camps, ostensibly for their protection. Since 1996 this policy has expanded to encompass the entire rural Acholi population of four districts, one million people.[10] These camps had some of the highest mortality rates in the world with an estimated 1,000 people dying per week at one point. Malaria and AIDS have been the primary disease causes of deaths.[11] The refugees in the camps have also been subject to raids by both LRA and government forces.[8]

At the height of the insurgency, 1.8 million people in the north were living in camps.[8] Peace talks beginning in 2005 promised some relief to these people, and some camps were closed in 2007 as security in the north improved. As of September 2009, large numbers of Acholi people remain in camps as internally displaced persons. The long civil war in the North has destroyed much of their society.

The majority of elected members of parliament in the Acoli sub-region are members of the opposition.

The Tuareg are the indigenous people of the sahara desert