United Nations Declaration on the Rights of Indigenous Peoples 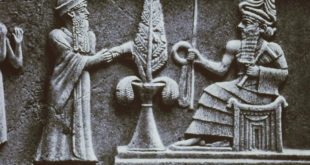 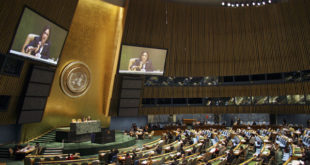 United Nations Declaration on the Rights of Indigenous Peoples

Annex
UNITED NATIONS DECLARATION ON THE
RIGHTS OF INDIGENOUS PEOPLES
Affirming that indigenous peoples are equal to all other peoples, while recognizing the right of all peoples to be different, to consider themselves different, and to be respected as such,
Affirming also that all peoples contribute to the diversity and richness of civilizations and cultures, which constitute the common heritage of humankind,
Affirming further that all doctrines, policies and practices based on or advocating superiority of peoples or individuals on the basis of national origin, racial, religious, ethnic or cultural differences are racist, scientifically false, legally invalid, morally condemnable and socially unjust,
Reaffirming also that indigenous peoples, in the exercise of their rights, should be free from discrimination of any kind,
Concerned that indigenous peoples have suffered from historic injustices as a result of, inter alia, their colonization and dispossession of their lands, territories and resources, thus preventing them from exercising, in particular, their right to development in accordance with their own needs and interests,
Recognizing the urgent need to respect and promote the inherent rights of indigenous peoples which derive from their political, economic and social structures and from their cultures, spiritual traditions, histories and philosophies, especially their rights to their lands, territories and resources,
Further recognizing the urgent need to respect and promote the rights of indigenous peoples affirmed in treaties, agreements and other constructive arrangements with States,
Welcoming the fact that indigenous peoples are organizing themselves for political, economic, social and cultural enhancement and in order to bring an end to all forms of discrimination and oppression wherever they occur,
Convinced that control by indigenous peoples over developments affecting them and their lands, territories and resources will enable them to maintain and strengthen their institutions, cultures and traditions, and to promote their development in accordance with their aspirations and needs,
Recognizing also that respect for indigenous knowledge, cultures and traditional practices contributes to sustainable and equitable development and proper management of the environment,
Emphasizing the contribution of the demilitarization of the lands and territories of indigenous peoples to peace, economic and social progress and development, understanding and friendly relations among nations and peoples of the world,
Recognizing in particular the right of indigenous families and communities to retain shared responsibility for the upbringing, training, education and well-being of their children, consistent with the rights of the child,
Recognizing also that indigenous peoples have the right freely to determine their relationships with States in a spirit of coexistence, mutual benefit and full respect,
Considering that the rights affirmed in treaties, agreements and constructive arrangements between States and indigenous peoples are, in some situations, matters of international concern, interest, responsibility and character,
Also considering that treaties, agreements and other constructive arrangements, and the relationship they represent, are the basis for a strengthened partnership between indigenous peoples and States,
Acknowledging that the Charter of the United Nations, the International Covenant on Economic, Social and Cultural Rights and the International Covenant on Civil and Political Rights affirm the fundamental importance of the right of self-determination of all peoples, by virtue of which they freely determine their political status and freely pursue their economic, social and cultural development,
Bearing in mind that nothing in this Declaration may be used to deny any peoples their right of self-determination, exercised in conformity with international law,
Convinced that the recognition of the rights of indigenous peoples in this Declaration will enhance harmonious and cooperative relations between the State and indigenous peoples, based on principles of justice, democracy, respect for human rights, non-discrimination and good faith,
Encouraging States to comply with and effectively implement all their obligations as they apply to indigenous peoples under international instruments, in particular those related to human rights, in consultation and cooperation with the peoples concerned,
Emphasizing that the United Nations has an important and continuing role to play in promoting and protecting the rights of indigenous peoples,
Believing that this Declaration is a further important step forward for the recognition, promotion and protection of the rights and freedoms of indigenous peoples and in the development of relevant activities of the United Nations system in this field,
Recognizing and reaffirming that indigenous individuals are entitled without discrimination to all human rights recognized in international law, and that indigenous peoples possess collective rights which are indispensable for their existence, well-being and integral development as peoples,
Solemnly proclaims the following United Nations Declaration on the Rights of Indigenous Peoples as a standard of achievement to be pursued in a spirit of partnership and mutual respect, 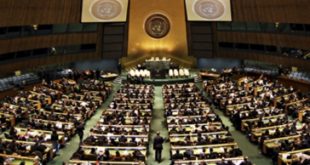 United Nations Declaration on the Rights of Indigenous PeopleS

Article 17 1. Indigenous individuals and peoples have the right to enjoy fully all rights …

Sponsored by Assyrian Support Committee | Designed by Beirut in
© Copyright 2022, All Rights Reserved