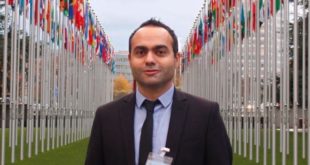 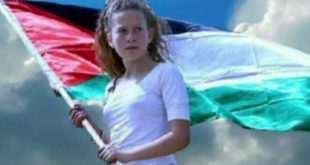 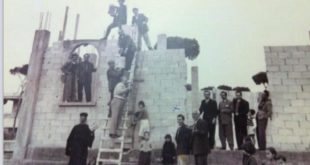 Several times Christ gave advice that seemingly discourages rather than encourages people to become Christians. Why did He do this?

Surprisingly, all but a relatively small number of disciples turned away from Jesus by the end of His ministry! The thousands that once chased our Savior like a celebrity apparently dwindled away to a few hundred after His death (Acts 1:15; 1 Corinthians 15:6). How strikingly different the true picture is from the supposedly easy path to becoming a Christian by just giving your heart to the Lord.

The phrase “narrow is the gate” is fairly easy to understand. A narrow gate is harder to pass through than one that is wide, and only a few people can go through a narrow gate at once. In saying “difficult is the way which leads to life,” Jesus was explaining how hard being a Christian really is.

The lexicon adds that the word can be used metaphorically to mean “trouble, afflict, distress.” If Jesus wanted to draw people to follow Him, why did He tell prospective disciples that doing so would bring them grief?

To understand what He meant, let’s examine a few of the passages where He seemingly discouraged people from following Him.
Advice to would-be followers

Luke writes of three encounters Jesus had with would-be Christians as He and His disciples were traveling. One of them made a dramatic statement of commitment, saying to Christ: “Lord, I will follow You wherever You go” (Luke 9:57).

Jesus didn’t reply, “Wonderful! Please join us!” Instead, He said something that, at the least, would have caused the man to have second thoughts and, at the most, would have turned him away completely: “Foxes have holes and birds of the air have nests, but the Son of Man has nowhere to lay His head” (verse 58). Jesus was conveying the uncertainty that could accompany the life of a true Christian.

Luke’s narrative continues with Jesus turning to another person and telling him, “Follow Me” (verse 59). The man begged off, asking to be allowed to first bury his father. Since Jewish custom was to bury the dead as soon as possible, it is unlikely the man was out with the crowd around Christ with a dead father at home. More likely, the man was asking to spend whatever remaining time he might have with an aging or perhaps ill father—an open-ended request actually.

The blunt record of Luke has Jesus responding to this man’s excuse, “Let the dead bury their own dead, but you go and preach the kingdom of God” (verse 60). Obviously, dead people do not bury anyone. Here, Jesus was referring to those who were spiritually dead—people who had not responded to His teaching. Jesus was telling the potential Christian that his calling was infinitely more important.

Then a third man, who was committed to becoming a disciple, made a seemingly reasonable request to first return home to say goodbye to whoever was at his house, whether family or guests we do not know (verse 61). To this person, Jesus responded: “No one, having put his hand to the plow, and looking back, is fit for the kingdom of God” (verse 62).

We cannot know with certainty, but this person may not have been as committed as his words make it sound. The Bible records only the essence of the exchange—what we need to know to understand the main point. All three of these responses add clarity to Christ’s teaching that “narrow is the gate.”

In this third example, the added lesson was that Christians must continue to keep their eyes on the goal—God’s Kingdom. An experienced plowman immediately recognizes the point of this analogy. When plowing, the farmer fixes his eyes on a rock, a hill or some other marker, so that he will plow straight furrows. Although modern farmers with vast fields often use GPS equipment to accomplish this, the principle remains the same!
More little-known advice

A few chapters later, we find another insightful account about what we must do to become followers of Jesus Christ. With a huge number of people crowding around to hear Jesus’ every word, He gave more examples not of how easy it is to give your heart to the Lord, but how heavy the obligation of becoming a Christian is.

“Hate” those closest to you?

In Luke 14:26 Jesus said, “If anyone comes to Me and does not hate his father and mother, wife and children, brothers and sisters, yes, and his own life also, he cannot be My disciple.” This instruction seems strange until we understand the meaning of the original language.

The NKJV Study Bible explains: “To ‘hate’ one’s family and even one’s life is rhetorical. It refers to desiring something less than something else” (2007, notes on Luke 14:26). In other words, a Christian’s love for living God’s way of life has to be greater than the love he or she has for any human relationship, as well as for himself or herself.

Even clarified, the statement is rather unexpected.

The next example was extremely graphic. Jesus said, “And whoever does not bear his cross and come after Me cannot be My disciple” (verse 27). Just as condemned criminals were made to carry the crosses upon which they would be executed, we must be willing to endure whatever trials we may face for being Christians.

Next, Jesus spoke of a construction project. He pointed out that any responsible builder would consider the cost of the entire project from start to finish and then make sure he had the necessary funding to complete the project before he would even start. Beginning a construction project without considering funding could result in an abandoned, partially complete building—a visual symbol of the builder’s lack of judgment (verses 28-30).

This principle can also be applied to becoming a Christian. We need to understand the cost—the challenges and hardships—that are sure to come when we begin living God’s way of life. 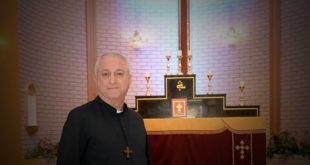