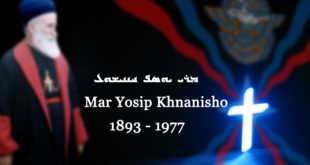 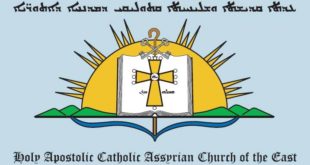 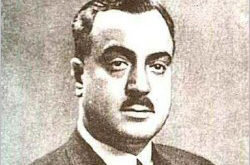 Biography
Youkhanna was born in Habbaniyah, Iraq in 1950 to Assyrian parents from northern Iraq. He moved with his family to Baghdad during his childhood, where he gained his education. He gained a BA, MA, and PhD in prehistoric archaeology at the University of Baghdad. He was fluent in Aramaic, Arabic, and English.
Youkhanna was the Director General of Iraq’s National Museum, Chairman of the State Board of Antiquities and Heritage and the President of the Iraq State Board of Antiquities and Heritage. He conducted excavations in the Bekhme Dam area, Nineveh, and Tell Umm al-Aqarib as well as working on many restoration projects in Babylon, Nimrud, Nineveh, Ur and Baghdad. He authored two books on the structural design and stone industries of Tell es Sawwan, and gave several presentations on the current museum conditions and historical archaeological sites of Iraq.
Dr. George, who dropped his last name for professional purposes, was instrumental in recovering over half of the 15,000 Mesopotamian artifacts looted from the National Museum in Baghdad during the invasion. A majority of the artefacts date back to 6,000 years from the ancient empires of Assyria and Babylonia. He fought his way through to the Iraq National Museum in the days after the American-led invasion of Iraq and tried to stop the looters ransacking it but was unable to persuade American soldiers to protect it because they had been given no orders to do so.
He became the international face of the plight of ancient sites and artefacts in Iraq, many of which were stolen or destroyed during the invasion. In December 2008, Youkhanna was decisive in preventing the sale of royal Neo-Assyrian earrings from the world famous Nimrud treasures at Christie’s art auction in New York.
Due to threats from unknown militia groups during the US occupation of Iraq, Youkhanna was forced to flee Iraq with his family first to Syria and then to the United States in 2006, to take up a position as visiting professor at Stony Brook University in New York.
He died on 11 March 2011 as a result of a heart attack while he was travelling via Toronto Pearson International Airport, Toronto, Ontario, Canada. He was 60.

Career
Member Staff in the Iraqi National Museum, 1976
Director of Documentation Center, 1980
Field Director for the Restoration Project in Babylon, 1986–87
Archaeological Investigation in the Eastern Wall of Nineveh, 1988
Scientific Super Advisor for Bakhma Dam Archaeological Rescue Project, 1989
Director of Relations, 1990
Director of Documentation Center, 1992
Assistant Director General of Antiquities for Technical Affairs, 1995
Professor in the Department of Archaeology at the University of Baghdad [2] Professor in the Department of Archaeology at the Babylon College for Theology and Philosophy [2] Director of Excavation Team in the site of Umm al-Aqarib, 1999-2000
Head of the Technical Committee, 1999-2000
Director General of Research and Studies, 2000–03
Director General of the Iraqi Museums, 2003-05 [2] Member of the International Regional Committee of Interpol, 2003
Member of the Iraqi National Committee for Education, Science, and Culture, Iraqi UNESCO, 2004
Chairman of the Iraqi State Board of Antiquities and Heritage, 2005-06 [2] Member of the Iraqi Science Academy, Department of the Syriac Language, 2005
Board of Advisors, Assyrian Academic Society 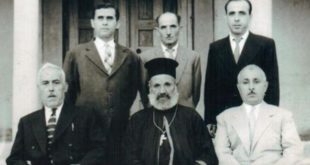